If your child does not listen, try asking them why, then listen, really listen, to their response. 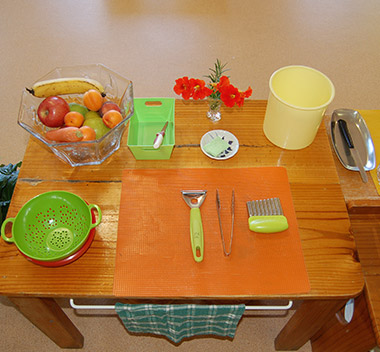 When educating a child the Montessori Way, we spend a lot of time preparing the environment. We carefully choose materials END_OF_DOCUMENT_TOKEN_TO_BE_REPLACED

What we say and how we say it tells others how we are feeling and a lot about what we are thinking. It shapes how others see us.

How would you like your child to see you?

Punishment is part of today’s society. When you break a law and you are caught, you will (generally) be punished.

But what about tomorrow’s society? END_OF_DOCUMENT_TOKEN_TO_BE_REPLACED

This is a summary I wrote for Nido BCN.  If you are interested in their project please visit www.nidobcn.com.

Does a Montessori education really make a difference?

A study based in Milwaukee, USA, found that children who completed their education in a Montessori school between the ages of 3 – 11, scored significantly higher on standardised tests in maths and science compared to children who received a standard education2.

END_OF_DOCUMENT_TOKEN_TO_BE_REPLACED

This year saw the start of the Merimée Programme funded by the French government. The programme allows students from the three public universities in Barcelona (UB, UPF and UAB) to attend the Journées CBS2, a student 3-day conference held in Montpellier. Luckily, I was one of those picked to attend.

The conferences included short talks by PhD students, as well as lectures from internationally renowned specialists, and finally poster sessions for those of us at earlier stages in our research. END_OF_DOCUMENT_TOKEN_TO_BE_REPLACED

The facebook page, “I fucking love science” has over 4.8 million fans.  Many of whom were surprised or even shocked to find out last month that the writer was a woman and apparently an attractive one at that.  But is this sexual stereotyping something that we all do, consciously or otherwise?

END_OF_DOCUMENT_TOKEN_TO_BE_REPLACED

A quick search on Amazon.com for parenting guides brings up a list of 5,416 books to choose from. TV series have been dedicated to parenting styles and their varying impacts.

But what if both good and bad parenting styles leave marks on the child, and in particular their DNA?

END_OF_DOCUMENT_TOKEN_TO_BE_REPLACED

We’ve all seen it, either in ourselves or others: decision making takes longer as we get older.

But a recent study by Rumana Chowdhury and colleagues suggests that there may be something that some of us can do about it.

END_OF_DOCUMENT_TOKEN_TO_BE_REPLACED

According to recent reports young people aren’t attracted to science.  Added to which, there are not enough women in science, nor men, depending on whom you ask.  And those we do have are often criticised for not being very good at communicating their ideas to non-scientists, or for not being inspirational enough for our young people.

But what can we do about it?  It often falls to teachers to make science understandable, interesting and attractive to their students; but isn’t it time that scientists did their bit?  Well, a team of neuroscientists, led by Gareth Hathway and Ian Devonshire, at Nottingham University has done just that by sending a group of undergraduate students back to school and they were at the BNA2013 festival to explain their findings.

END_OF_DOCUMENT_TOKEN_TO_BE_REPLACED

Collecting data from people is often a battle. Subjects don’t turn up, drop out, or your sample is only representative of all the people you could bribe or blackmail into filling out your questionnaire. But there is hope, and as with so many useful tools these days, it comes in the form of a free downloadable app.

END_OF_DOCUMENT_TOKEN_TO_BE_REPLACED

It is generally accepted that early diagnosis improves recovery, or, in the case of developmental difficulties, enables us to help a child develop to his or her full potential. But language difficulties may not be picked up until a child is already behind his or her peer group in terms of linguistic ability. So, finding early markers prior to the onset of speech would be ideal for enabling early intervention.
END_OF_DOCUMENT_TOKEN_TO_BE_REPLACED

Back in the early 20th century, Pavlov managed to train man’s best friend to dribble at the sound of a ringing bell. Quite an achievement back in the day.

These days the same principle is used to train lab rats but the bell has been replaced by a light. Food is still often used and this drops down into a small container. The conditioned response is to go to the container and collect the food. However, researchers have noticed something rather strange.

END_OF_DOCUMENT_TOKEN_TO_BE_REPLACED

We all know what it is like to feel anxious; sweaty palms, fast breathing and that wish to run away and hide.

In this month’s Neuropod Kerri Smith talks to Karl Deisseroth about his latest publication in which he and his colleagues describe how they have managed to tune anxiety responses in mice.  By stimulating or inhibiting the activity in particular regions within a part of the brain called the bed nucleus of the stria terminalis (BNST), they were able make these mice behave in a more or less anxious way.

END_OF_DOCUMENT_TOKEN_TO_BE_REPLACED

In Tyler Dewitt’s TED talk from November 2012, he explains why he believes teachers need to make science interesting and more importantly, accessible for students.